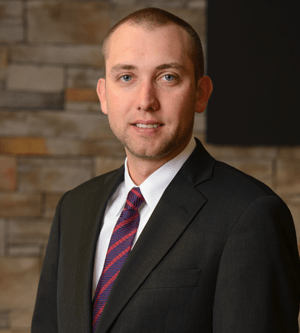 David is an associate in the firm's Dallas office. His practice focuses on natural resources law with an emphasis on title examination. He primarily represents oil and gas companies in their exploration and production operations.

David grew up in Szczecin, Poland. He clerked for Freeman Mills PC during law school before joining the firm as a full-time associate in May 2014. Before deciding to pursue a career as an attorney, David was the #1 player on the SMU Men’s Tennis Team in singles and doubles, and the team captain. During his tennis career, he also participated in many professional level tennis tournaments and earned ATP Tour Rankings in singles and doubles. David represents Freeman Mills PC in yearly Energy Tennis Tournaments and serves as a Committee Member of the Metroplex Energy Tennis Tournament.

Researched legal issues and drafted memoranda on a variety of issues in areas including oil and gas, property, ownership rights, wills & estates, contracts, and leases, among others.