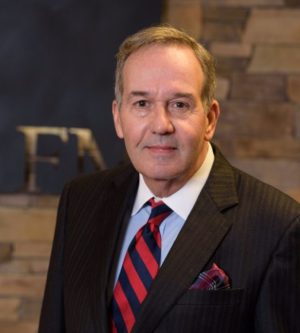 Mr. Cooper’s practice focuses on oil and gas title examination, oil and gas and business development related transactions.  He has drafted complex acquisition and divestiture agreements of oil and gas assets along with negotiating the terms of the business understandings and conducting due diligence through his representation of his clients. He has vast experience in business issues gained by growing up in a business environment and employed as vice president and general counsel of a regional real estate, motel and oil and gas company.

Mr. Cooper has also represented energy, real estate and business clients in multi-million dollar joint ventures and venture capital funding which has included drafting of agreements in international negotiations with companies in countries such as England, Scotland, Sweden, Central America and South Africa. In preparation for such negotiations Mr. Cooper was appointed as Ambassador of Goodwill for the State of Texas by Governor William P. Clements, Jr. to share the opportunities Texas has to offer.

Hobbies of Mr. Cooper include hunting, jogging and playing any sport which his knees will allow. His most enjoyable time however is being with his family which includes his wife, Julie, their five children and eight grandchildren.